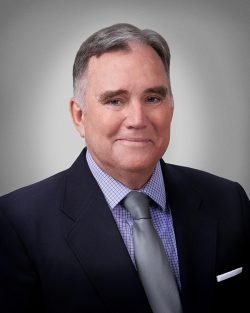 He has represented and advised clients in a wide range of business and real property matters including time share and condominium development, financing and governance, in addition to all manner of business contract and tort disputes as well representing clients before the Public Utilities Commission, Board of Zoning Appeals, Department of Land and Natural Resources and other administrative agencies.

Bill is a founding member of the Real Property and Financial Services Section of the Hawaii State Bar Association and served as its Chairman. He established the Section’s annual Real Property Litigation Update Seminar and has been a presenter at the seminar numerous times.
From 2003 to 2007, Bill was board president of the Attorneys and Judges Assistance Program of the Hawaii Supreme Court.