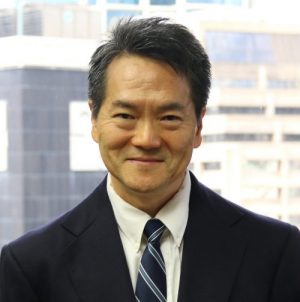 F. Steven Pang, a partner in the firm, and one of Hawaii’s most experienced Korean speaking attorneys, writes a weekly column for the Korea Times Hawaii newspaper and the Koreatimeshi.com (over 915 articles) and concentrates his legal practice on business law, contracts, commercial transactions, corporate law, real estate law, international transactions, and selective litigation, arbitration, and mediation.

From time to time, Mr. Pang selects and works on impact cases. From 1992 to 1997, Mr. Pang and partner Dennis W. King by prevailing on Motion for Summary Judgment on the day of the trial and later by appellate brief successfully established that the firm’s client Pony Taxi maintained independent contractual relationships with all of its drivers and thus the doctrine of respondeat superior did not apply to independent contractors. Even to this date, most taxi drivers in Honolulu operate as independent contractors.

By engaging in a complex federal class action lawsuit in 1999, Mr. Pang and partner Dennis W. King successfully represented hourly employees against their Honolulu based supermarket employer and recovered the damages for the employer’s failure and refusal to pay overtime pay in violation of the federal Fair Labor Standards Act. On the eve of the trial, Mr. Pang secured a favorable Offer of Judgment from the employer’s counsel. Since that employment case, Mr. Pang has represented many hourly employees against various businesses and obtained favorable results for wage and overtime payments. Representing the underrepresented and the powerless is one of the salient reasons why Mr. Pang, with his immigrant background, became a lawyer.

In 2021, Mr. Pang received an email which stated: “I THANK YOU ALL SO VERY MUCH for helping me complete my Grandfather’s last wishes before he passed away. 25 YEARS in the making is pau!!! Now I can put that all to rest and look forward to my Beautiful Life Journey that awaits me!” from an appreciative client for the case that he worked on with senior associate John Winnicki. This was a challenging case where her Grandfather was initially represented by a chain of diverse, several lawyers over the decades beginning in 1992 regarding complex disputes involving numerous real properties. Years before Messrs. Pang and Winnicki took over the case in 2016, an adverse judgment with a significant monetary award had been previously entered against the Grandfather. When the opposing counsel aggressively resumed to collect on the award by attempting to re-record the judgment and foreclose on the property-family residence, the Grandfather sought assistance from Mr. Pang. When the Grandfather client passed away a year later in 2017, the email writer became the client. Thereafter, Messrs. Pang and Winnicki utilized the appellate process to aggressively advance the client’s best interests and successfully obtained a Summary Disposition Order from the Appellate Court that effectively invalidated the adverse judgment award. Hence the forgoing self-explanatory email.

Why Public Schools Were The Right Choice For Our Son