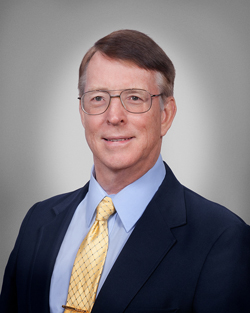 An attorney with 40 years of experience, and co-founding partner of the firm, Dennis W. King concentrates his Honolulu based legal practice on the resolution of commercial, construction, contract, trust and estate, employment, and real property disputes. Mr. King also draws on his knowledge of corporate law, real estate transactions, commercial leases, personal injury, products liability, and fraud and unfair and deceptive trade practices, to provide a wide variety of clients with efficient and effective legal representation throughout the State of Hawaii.

Mr. King is a graduate of the University of Hawaii at Manoa and received his law degree from Indiana University Bloomington. He is a member of Phi Beta Kappa.